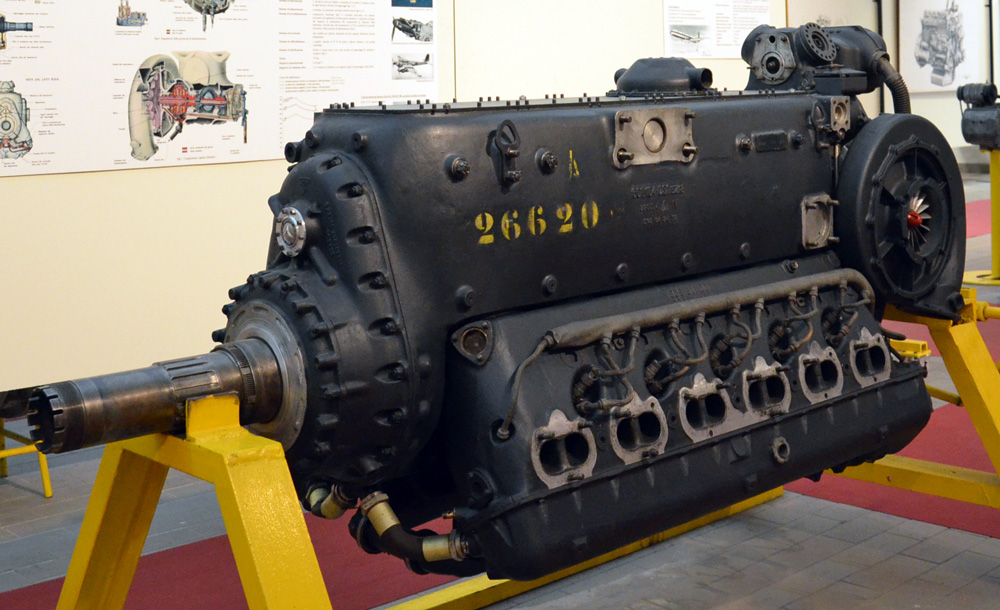 The DB 605 is a high-performance inverted V-12-cylinder engine developed by Daimler Benz in the early 1940s, for various types of military aircrafts. Strictly derived from the DB 601 engine, its most interesting technical features were the Bosch direct injection system and the single stage centrifugal compressor driven by hydraulic coupling, controlled by an advanced automatic control system. The DB 605 can be considered as one of the best aircraft engine developed in Germany during the war and It was produced by Daimler-Benz in 42400 copies, considering all the series from 1941 to 1945. The engine was also produced under license in Italy by FIAT from 1942. The first examples retained the original name DB 605, whereas those produced from 1943 were renamed FIAT RA 1050 RC 58I Tifone, for a total production of nearly 1750 exemples, mainly used in the fighter aircrafts FIAT G. 55, Macchi C. 205 and Reggiane Re 2005. Its significance in the history of aircraft engine development is widely stated in the technical and historic literature. Although a no tiny number of copies still exist nowadays, these ones have very high value and are usually exhibited in the most important engine collections as well as are used in historic airworthy airplanes.

Some airplanes equipped with the engine FIAT RA 1050 RC 58I, manufactured under license in Italy