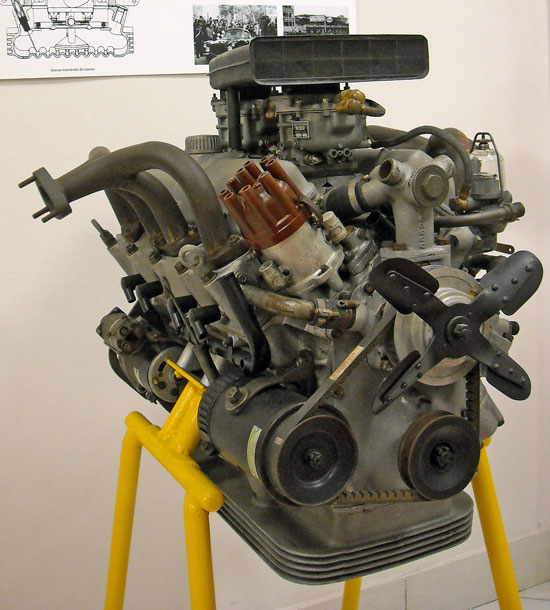 The type 104 is a high performance engine developed by FIAT for its sport car named 8V. Thanks to its fine design it is a rare and particular model among the FIAT production at the beginning of the 1950s. The 8V were manufactured at the FIAT experimental workshop, with a total production of only 114 units between 1952 and 1954. Many chassis-engine groups were sold to indipendent coachbuilder which developed special versions, such as the Fiat 8V Zagato and the Siata 208. A good number of 8V, especially those manufactured by Zagato, were employed successfully in numerous races. Among these are worthy of note: the victory of the Targa Florio in 1955 (1st 8V Zagato, 2nd FIAT 8V), the victory achieved at the AVUS in the Grand Prix of Berlin in 1955 (8V Zagato) and the victory of five consecutive Italian GT championships (2000 cc) from 1954 to 1958 (8V Zagato).